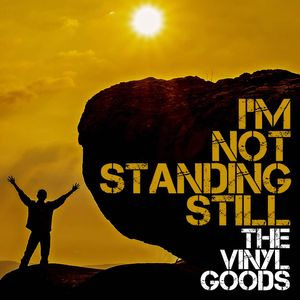 A bold declaration and powerful song inspired by Paul's "run the race" analogy in 1 Corinthians 9:24, "Do you not know that in a race all the runners run, but only one receives the prize? Run in such a way as to take the prize."

We discovered this song on the internet one day, and it quickly became part of our regular set list. Written by Dave Cooley, the style and message of the tune really resonated with the band. After finally obtaining publishing rights, we put down this recording to make the song more widely accessible to our fans. Released in early 2018, it's still a staple of our live set and we hope you like this studio version as much as we do!

Listen to "I'm Not Standing Still" on the following streaming services (links go directly to the song):

The Players (The Vinyl Goods)

...and on the following streaming services: